I mentioned in my post about Death Valley that Jon and I bought a Subaru Outback so that we could make it the complete adventure-mobile. Well, good news! I worked really hard and finished up making curtains for the back so that we could take it more places than just the deserted desert.

Note: If you’re only interested in the hike we did at Año Nuevo State Park, scroll down to skip our little adventures in the Santa Cruz area.

Last weekend we took Strider to Santa Cruz for one night. We slept near the beach and then when we woke up in the morning and headed to Davenport to get a cup of coffee. We did a little bit of exploring on the coast because it’s so incredibly beautiful there.

There were lots of wildflowers blooming on the coast.

In the peaceful calm of the morning, there were not very many other people around. 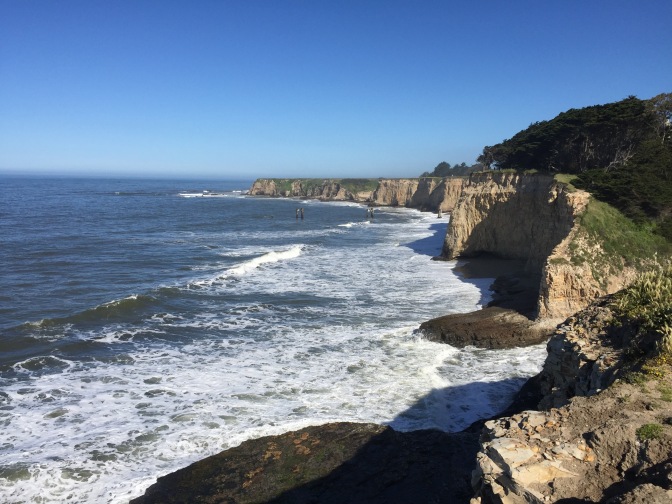 The few people we did see were fishing off of the cliffs.

Next we made our way to Capitola. We couldn’t believe how crowded it was since that beach town usually attracts less people than Santa Cruz. It turns out there was a surfing event going on called Operation Surf, which creates an opportunity for injured veterans to ride the waves.

We had a lot of fun sitting and watching for a bit, especially since there was a band on the beach. After a quick walk down the pier…

…we headed to Margaritaville in Capitola for some fancy drinks. Jon got a Bacon Bloody Maria (tequila instead of vodka) and I got a Vodka Grapefruit. 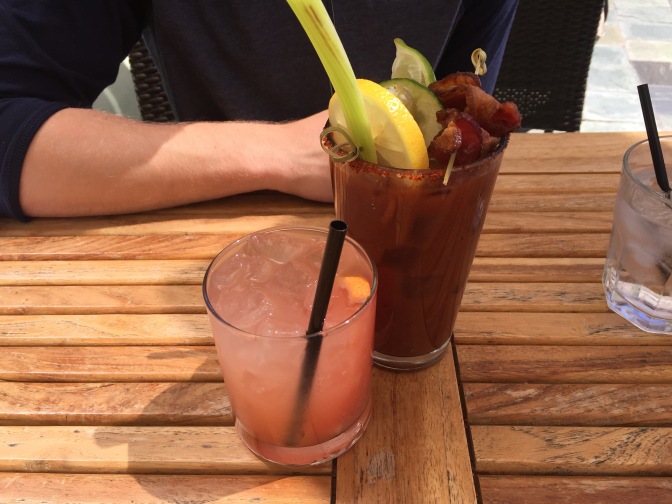 Once we were finished with our lunch, we decided to drive up Highway 1 towards San Francisco and stop at whatever tickled our fancy.

Unfortunately we didn’t arrive at this park until around 3:30pm, so we didn’t have a lot of time to do a long hike. Instead we decided to go on a short walk around the park and head down to Cove Beach.

The great thing about this State Park is that a lot of it has great views of the ocean on the trails.

We followed this trail down a ways until we reached the turn for Cove Beach. On our way down we saw a sign that warned us to be wary of elephant seals! 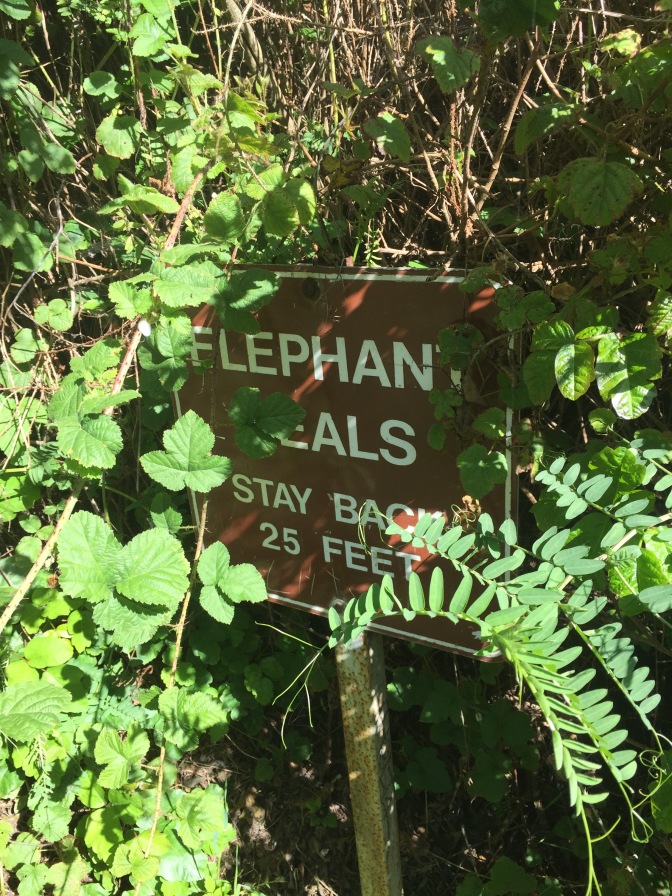 Sadly we didn’t see any, but it’s neat to know sometimes they frequent this area. In fact, the elephant seal viewing area (was closed when we were there) is a big draw to this particular park. Head to Año Nuevo’s website for more information on how/when to see the Elephant Seals.

Cove Beach is a bit stonier than some of the other more popular beaches in the area.

I could have spent hours walking around looking at all of the different rock shapes and designs. 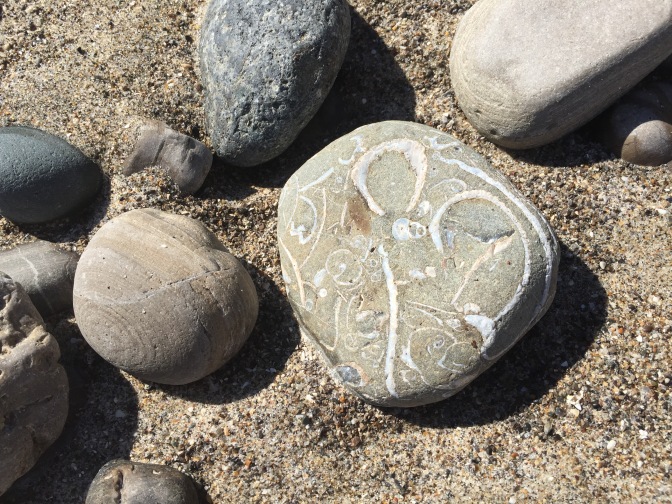 The cliffs are really great on this beach because they block a lot of the wind. We even found a little cave inlet!

This beach would be great for a picnic lunch because there is so much to look at without moving.

After some time on the beach, Jon and I decided to climb back up to the trail and finish our hike loop. This direction we didn’t face the ocean, but instead were greeted with views of the mountains (Big Basin is back in there).

We made a little lizard friend on a bench.

And just like that, our short hike was over and we had to say goodbye to the ocean.

Visiting Año Nuevo State Park for only two short hours was a bit of tease. I definitely am going to be making a trip back sometime soon. A quick search of EveryTrail shows that there are tons of hikes in this park ranging from 4-10 miles that all look spectacular. Some are on the coast, and some even head in to the mountains and go all the way to Big Basin! Speaking of Big Basin, if you haven’t read my post about my hike to Berry Creek Falls, check it out!

As I said before, our hike was very short. We followed the Pond Loop trail and added a slight side-trip down to Cove Beach. I can’t say exactly how long this hike was, but I would put it at around 2 miles +/- 0.5 miles.

Please note that this is just a tiny potion of the park. See the map below for the full park.

As you can see, there is a lot to do in this park! Head over to Año Nuevo’s website for more information and click here to download the brochure (which includes a PDF map).

There is a $10 entrance fee to the park, but the good thing is that it covers entrance to any of the other state parks or beaches (and there are a TON in the area) for the rest of the day. There is a large parking lot in the central area of the park complete with nice, clean bathrooms.

Año Nuevo State Park is a great place to go! No matter if you have all day or just a few hours, there is something fun for you to do. Just remember to bring the sunscreen so you don’t end up like Jon!